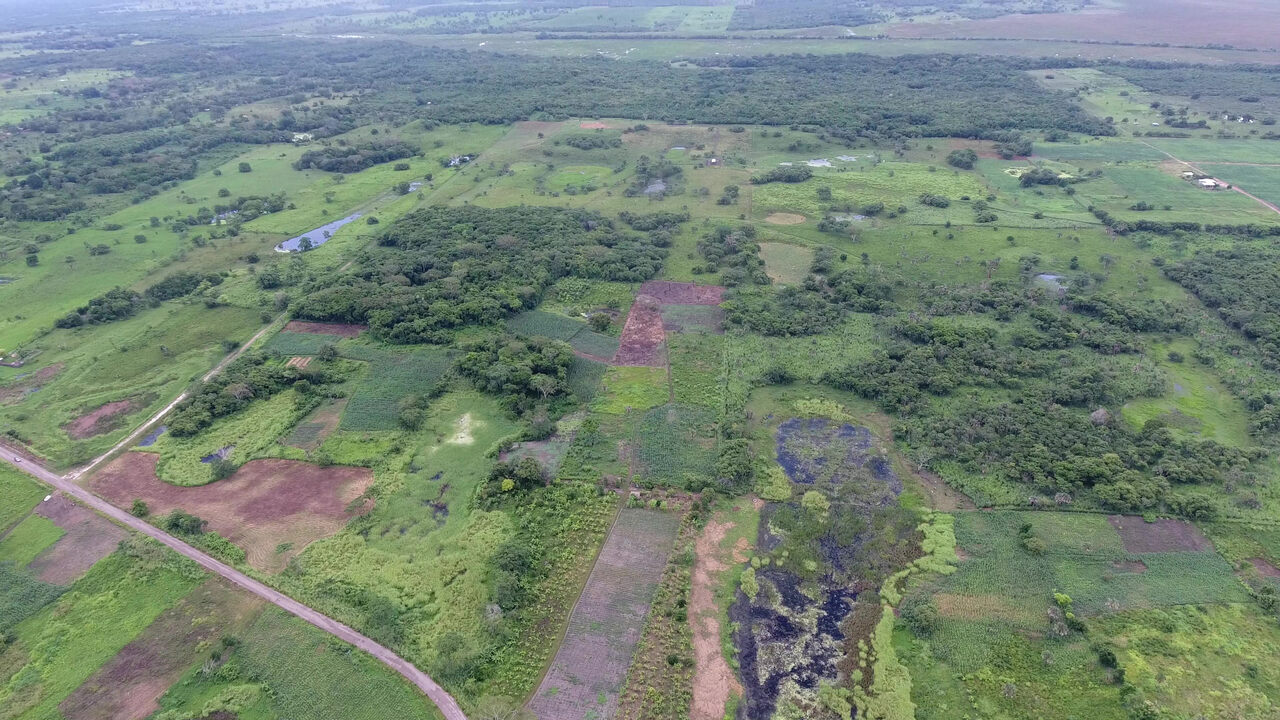 To the naked eye, the ancient site of Aguada Fénix is invisible among the rural ranches of Tabasco. Courtesy Takeshi Inomata
In This Story
Destination Guide

Millennia before Maya city centers like Tikal and Chichen Itza took shape, a massive earthwork was forged on the gulf side of Mexico, in the state of Tabasco. Over 4,500 feet long and up to 50 feet tall, the raised platform sat just below the surface of what is today an inhabited part of the bucolic Mexican coast.

The site, called Aguada Fénix, is about 3,000 years old, and was one of 21 ceremonial centers discovered in 2017 using aerial surveys and lidar imaging, which mapped out the subtle topographies that lay beneath the foliage and other surface-level features in the area. Of the ceremonial centers those surveys identified, Aguada Fénix is by far the most sprawling. In fact, after three years of study, researchers have determined that it’s the largest and oldest Maya structure ever found in Mexico.

The details of the find, its dimensions, and the artifacts uncovered during its excavation were recently published in the journal Nature.

The platform at Aguada Fénix is comparable to the Olmec center of San Lorenzo. Ceremonial platforms like these are the horizontal answer to the more famous pyramids’ verticality. Since the Maya platforms were built long after the Olmec constructions, theories have drawn connections between the two cultures: Were the Maya innovators—the real Mesoamerican McCoy—or Olmec copycats?

“The find compels us to move beyond the polarized debate between Olmec influence and Maya independent development,” says Takeshi Inomata, an archaeologist at the University of Arizona and lead author of the paper, via e-mail. “Some inspiration came from the Olmec center of San Lorenzo, but there were substantial innovations by other groups.”

Unlike some other lidar finds, glimpsed through dense thicket and jungle obscuring ancient ruins, Aguada Fénix was hiding in relatively plain sight—among the rural ranches of Tabasco. The lidar images also revealed nine roads leading to the central platform, which was constructed with a patchwork of soil and clay.

Among the artifacts found at the site were six greenstone axes and an unusual animal sculpture, quite unlike the typical Olmec works that feature giant heads, supernatural beings, and members of the Olmec elite. Resembling a local peccary, the sculpture was affectionately named “Choco” by the dig team, which included researchers from the U.S., Canada, and Japan.

“It is different from any known sculpture,” including “contemporaneous Olmec sculptures tied to powerful elites,” says Inomata, whose team is now trying to sort out its purpose and meaning. “It suggests the possibility that there was a unique sculptural tradition in this area.”

Now that Aguada Fénix has usurped the previous record holder for both oldest and largest Maya site in Mexico, the question is: Can it keep the superlative crown? With lidar imaging gaining momentum—from the small-scale piney forests of New Hampshire to a plan for mapping the entire world—it may be just a matter of time till Aguada Fénix is left in the dust.

To Work Out Like an Aztec, Play Hard Ball or Invest in Sneakers

This slave trade is well known to historians, but this is the first known wreck from it.
art

“This is a shared understanding of bling, of what it means to be rich."
caves

For skeptics, no amount of crab legs and speared shark are enough to upend the caveman stereotype.
Video • Wonder From Home

5:52
Want to see fewer ads? Become a Member.
From Around the Web
Atlas Obscura Trips
Layer by Layer: A Mexico City Culinary Adventure
View This Trip
Thanks for sharing!