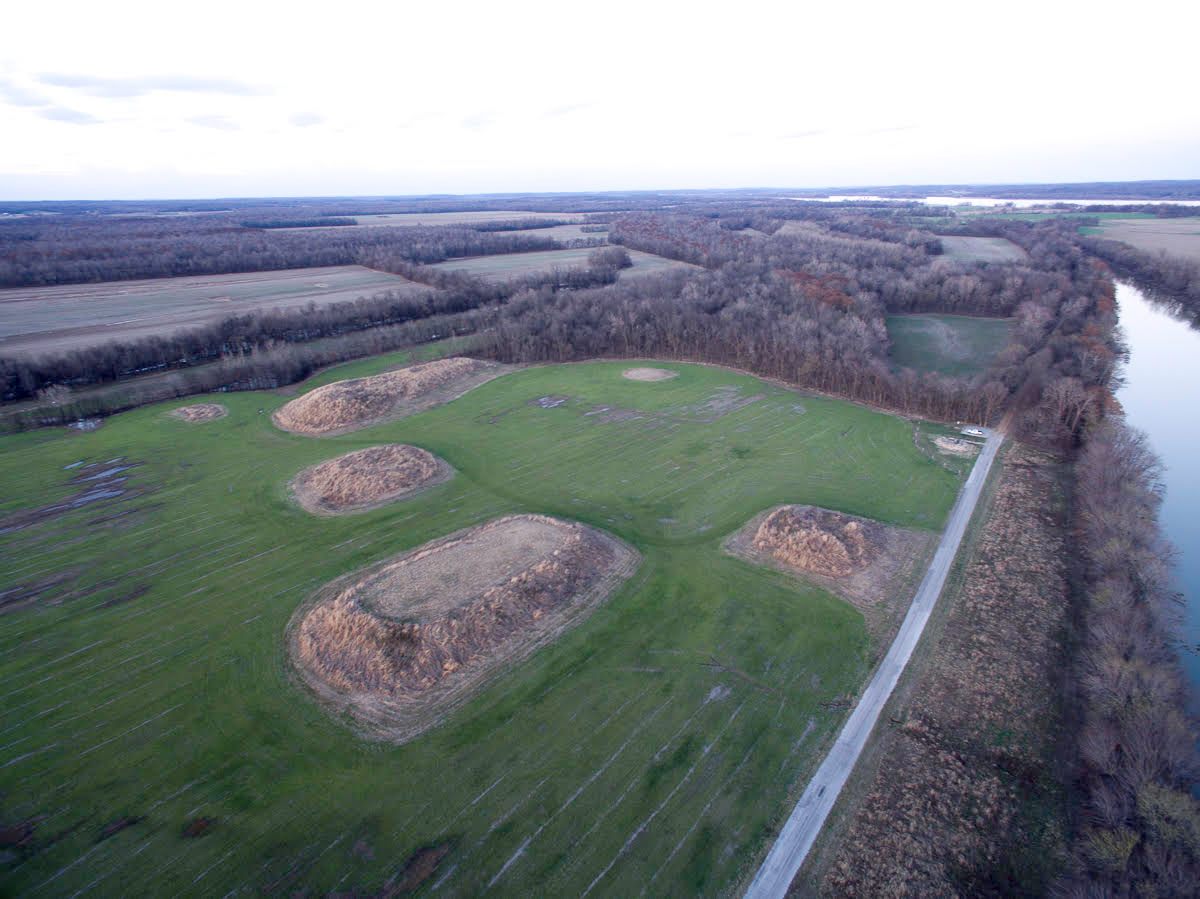 Most of the time, in most of the world, archaeology is the study of various shades of brown. There’s dirt brown, soil brown, and often clay brown. “Sometimes there’s gray!” says Jeremy Wilson, an archaeologist at Indiana University-Purdue University Indianapolis (IUPUI). “And we have a system to categorize those browns.” But Wilson is unusually lucky for an archaeologist: He studies dirt that sparkles.

By archaeological standards, Kincaid Mounds, the site of a prehistoric Mississippian city occupied from 1050 to 1400, is downright glitzy. Located at the southern tip of present-day Illinois, the mounds are riddled with galena, a lead sulfide mineral that resembles supersized chunks of glitter. Wilson says that archaeologists working in the Midwest will often stumble across galena chunks as big as dice, which stud the dirt like brutalist leaf litter, as well as a distinctive spangle that coats the inside of prehistoric homes. A thousand years ago, the Mississippians took advantage of this natural bounty and created an ancient glitter factory, smashing the galena blocks into a fine, glimmering dust that still lingers over the mounds. Wilson and Broxton Bird, a paleoclimatologist at IUPUI, examined the surprising legacy of Mississippian galena in a study published October 15 in Geology. “Clay isn’t supposed to shimmer, but it does here,” Wilson says.

Wilson and Bird discovered these monumental levels of prehistoric lead more or less by accident. The duo first partnered up in 2013 to investigate a larger mystery: why the Mississippians seemingly abandoned the Kincaid Mounds in 1400, leaving the site empty until the arrival of American settlers 300 years later. “We wanted to investigate the relationship between climate and the exodus of people from this area,” Bird says.

The researchers extracted sediment cores from Avery Lake, a floodplain lake bordering the mounds. The layers revealed peaks of concentrated lead from three time periods: the Baumer (300 BC to 300), the Mississippian, and the modern era (since 1800). The first and third peaks were easy enough to explain: the Baumer settlement produced pollution from using fire to clear the landscape, and the modern pollution originates from leaded fuel and coal, Bird says.

The sheer size of the Mississippian peak, however, came as a surprise. Anthropologists have long known that Mississippians, particularly those living in the prehistoric city of Cahokia, used galena and other minerals in rituals and as decoration, according to Thomas Emerson, an archaeologist at Illinois University who was not affiliated with the study. “They would mix it with pigments, ochres and reds and yellows, or leave it by itself as a silvery powder,” Bird says. “It was a shiny metallic substance that imbued beauty and made things special.”

But the researchers were taken aback by just how much they found: approximately 1.5 metric tons of lead deposited in Avery Lake during the era. Though galena bricks were originally traded as a mineral, people began grinding and crushing the lead into a powder during the Mississippian period; Bird suspects that the lead trickled into Avery Lake via wind or rain. “To have incorporated such a volume of galena into religious or social events as to actually leave a signature in lake sediments is unexpected,” Emerson writes in an email.

Bird traced the lead isotopes to galena deposits in southeastern and central Missouri, as well as other areas in the Upper Mississippi Valley, suggesting that the settlement at Kincaid Mounds may have been the hub of an extensive trade network for far-reaching Mississippian settlements. Prior excavations of Midwestern Mississippian sites reveal galena sourced as far south as Florida, Bird says. “It’s so thought-provoking that there would be a sustained exchange network, with galena being transported by boat or by foot across the Mississippi River,” Wilson says. Though the Mississippians did not have the technology to smelt galena, they needed very little equipment to mine the crystals from rocky outcroppings. “You could just pick them off the surface,” Bird says.

The researchers now plan to investigate how this pollution may have affected the people living in this prehistoric, glittery cloud of lead. They do not plan to touch any human remains at Kincaid Mounds in this investigation, however. Due to their sudden disappearance in 1400, the Mississippian settlement has no known connection to tribes currently recognized by state or federal governments. But the remains of Mississippian people are still protected by state laws and the Native American Graves Protection and Repatriation Act. “Out of respect to the descendent tribes today, we don’t plan to do any invasive testing,” Wilson says, adding that no tribal members have come forward yet about the remains at Kincaid Mounds.

There are ways to study the impact of lead on prehistoric human populations without studying the humans themselves, Bird says. He plans on sampling non-human remains from the era, such as dog remains, to see if lead affected their bones or the enamel on their teeth. The question isn’t whether lead pollution affected the Mississippians, but rather—to what extent? “We’d hypothesize that there were health impacts,” Bird says. The researchers also hope to take sediment cores from other bodies of water in the Midwest and Southeast, to find out whether this level of pre-Columbian lead pollution appears elsewhere.

In Wilson’s eyes, the study underscores the complicated relationship humans have with the natural environment and natural resources. “When you look at our readings going up the sediment core, we see the burning of fossil fuels in 1900s and leaded gasoline,” he says. “And the reading we get for the Mississippian layers in the soil mirror those levels of lead.” In other words, the Mississippians show that pollution is much older than industrialization. According to Wilson, “It’s a fascinating and sad story about humanity, and the harm we can do unintentionally.”

What Are a Dozen Bottles of Bordeaux Doing in Space?

The 'Dead Sea of Senegal' Is a Shocking Shade of Pink

Colored by algae and beloved by bathers, Lake Retba is a prime source of salt—and backbreaking labor.
science

15 places where rodents are celebrated, feared, preserved, and studied.
Video