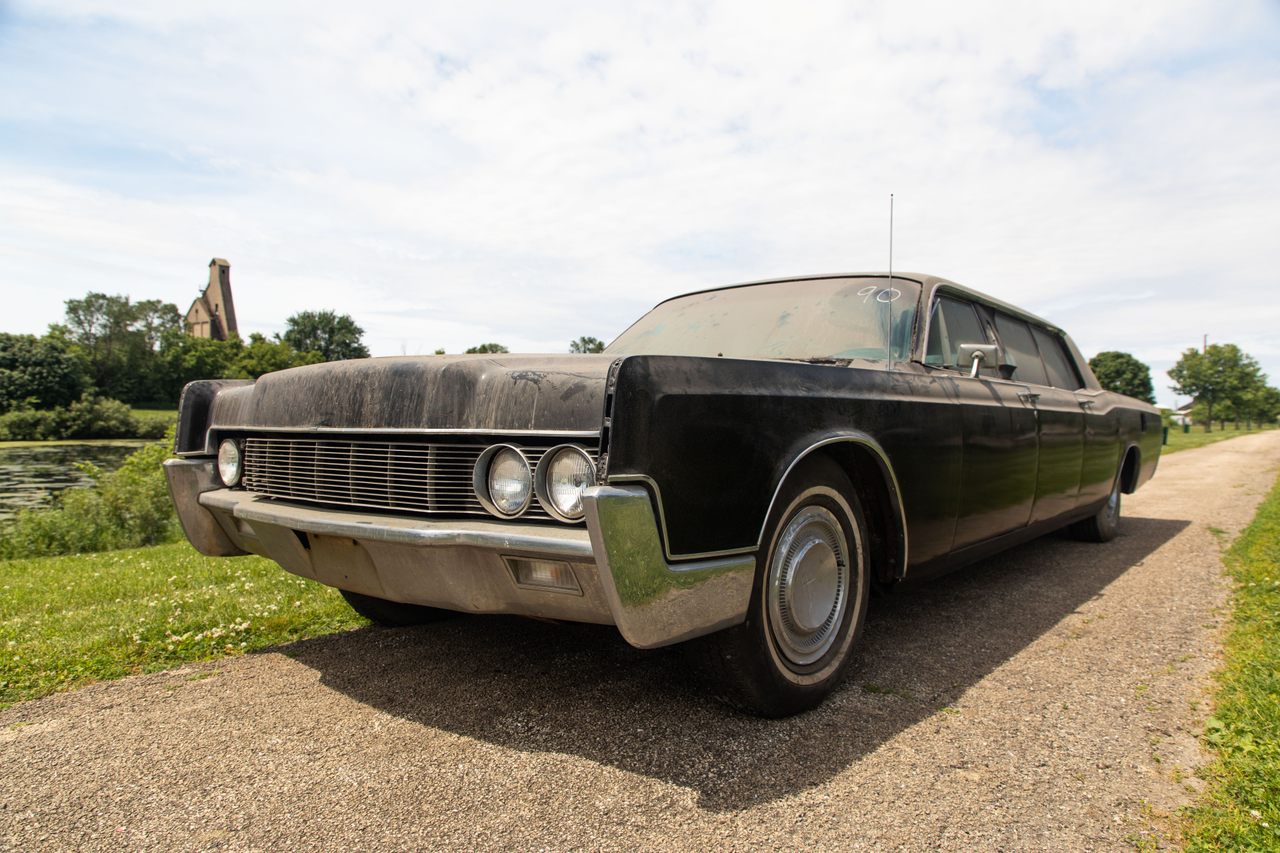 A royal chariot... Courtesy Mecum Auctions
In This Story
Place

The Jungle Room at Graceland

When he wasn’t strutting his stuff behind a microphone stand, there’s a good chance Elvis Presley was buying a new car. The “King of Rock ‘n’ Roll” was an avowed car connoisseur who owned more than 100 automobiles over the course of his life—some of which are even on display in an Automobile Museum at his Graceland home in Memphis. The last known photo of Elvis, in fact, shows him driving home from the dentist in his 1973 Stutz Blackhawk III.

But not all of Elvis’s cars have been so carefully looked after since the singer’s death in 1977. His 1967 Lincoln Continenal limousine, which once served as something of a royal carriage for the Presley family, has fallen into a state of dusty disrepair. It goes up for auction next week, dust and all, at Mecum Auctions in Monterey, California. The winning bidder will have the chance to return it to a state fit for a king, or else allow the car to recede further behind its veil of muck.

The Lincoln Continental limousine first hit the road in 1959, after Elvis hit it big. At the time, the limos were among the best of the best on the automobile market. Elvis’s manager, “Colonel” Tom Parker, gave him the Lincoln as a wedding gift when he married Priscilla Beaulieu in 1967. In Los Angeles, where the couple had a second home, it soon became the primary mode of transport for the Presleys and their young daughter, Lisa Marie.

So integral was the limo to the Presleys’ lives that Elvis’s close circle—the so-called “Memphis Mafia”—referred to it as the “Elvis Presley Family Car,” according to Mecum. The car includes a Tennessee license plate that beams, in big red letters, “1-ELVIS.” It also comes with a copy of the car’s original title application, which registered the vehicle under the name E.A. Presley.

In the 1980s, after Elvis died, the Chicago businessman James Petrozzini acquired the limo and had some fun with it. Petrozzini was known to impress unsuspecting clients by picking them up from the airport in the Presley limo, a stunt he’d sometimes replicate while picking his son up from school. Over time, however, the car’s sheen began to fade, even as its kin at the Graceland Museum were carefully preserved by the Presley estate. Petrozzini left it behind in his own car collection when he passed away in 2014. (Unfortunately for the eventual winning bidder, the auction lot does not include a courtesy car wash.)

Elvis’s cars are no strangers to the auction market: His 1971 Mercedes-Benz sold just last year for over $100,000, and his two-bedroom mobile home fetched $55,000. Meanwhile, if you’re looking for a younger and goofier piece of pop car-culture, Mecum has got you covered. JustCollecting News reports that next week, the Ferrari replica driven by Matthew Broderick in Ferris Bueller’s Day Off will also hit the block at the auction house. It’s expected to sell for at least $300,000.

This article has been updated since it was first published.

For Sale: The Wooden Stage From The Beatles' First Concert

A celebration of freedom, published next to advertisements for the slave trade.
Video • Wonder From Home