A Rocket Treated Florida to a Light Show at Dawn - Atlas Obscura
Want to see fewer ads? Become a Member. 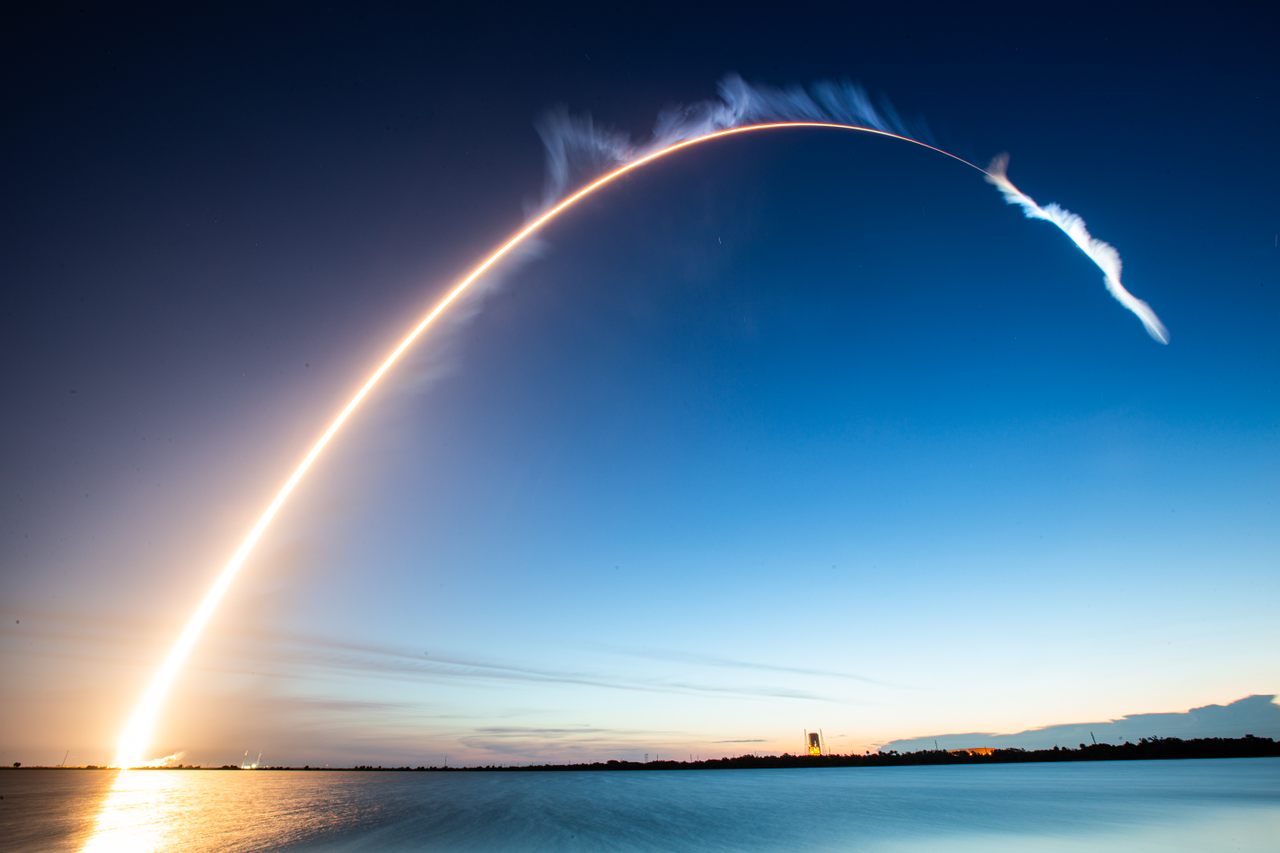 At 6:13 a.m. on the morning of Thursday, August 8, a bright trail of purple, blue, and white leaped across the Florida sky. The arc was as sweeping as a rainbow, but this wasn’t just a trick of the light. It was the result of a van-sized rocket launched from Cape Canaveral Air Force Station’s Space Launch Complex 41.

Unlike NASA launches of old, this rocket was engineered by a private company, Lockheed Martin, and launched by a private entity, the United Launch Alliance, on behalf of the U.S. Air Force Space and Missile Systems Center. “ULA is a launch service provider, and contracts with customers such as NASA and the U.S. Air Force to launch satellites,” says Heather McFarland, a communications representative at ULA. The United Launch Alliance was founded in 2005 as a collaboration between Boeing and Lockheed Martin.

Private spaceflight contractors like ULA, Blue Origin, and SpaceX adjust their yearly launches depending on their customers’ needs. “In preparation for a busy 2020 manifest, our factory in Decatur, Alabama will set a record-setting manufacturing pace with 30 boosters in production during 2019 and 2020,” McFarland says.

This particular rocket, which held a secure communications satellite, was visible in and around Tampa Bay. According to a mission overview from ULA, the AELF-5 (Advanced Extremely High Frequency) is designed to aid communication between military forces, and “features encryption, low probability of intercept and detection, jammer resistance and the ability to penetrate the electro-magnetic interference caused by nuclear weapons.”

Those who slept through the early-morning launch could still witness its bright burst, which lingered in the sky for hours and was made more visible by the rising sun. A press release said that the engine and five solid rocket boosters produced 2.5 million pounds of thrust. The spacecraft is approximately 197 feet tall, and boasts a 17-foot diameter sandwich composite structure “made with a vented aluminum-honeycomb core and graphite-epoxy face sheets,” according to the briefing.

Since 2002, the year this style of spacecraft-cradling rocket was first launched, the Atlas V has assisted in critical space exploration missions: New Horizons, the Juno mission to Jupiter, and the first journey to Pluto. Along the way, it has also provided Florida residents with a delightful, albeit temporary, change in celestial scenery.

Remembering the Groundbreaking Life of the First Black Astronaut

NASA accidentally sold it, tried to take it back, lost it in a court battle—and now you can own it.
architecture