One of America’s First Black Churches is Being Excavated in Virginia - Atlas Obscura
Want to see fewer ads? Become a Member. 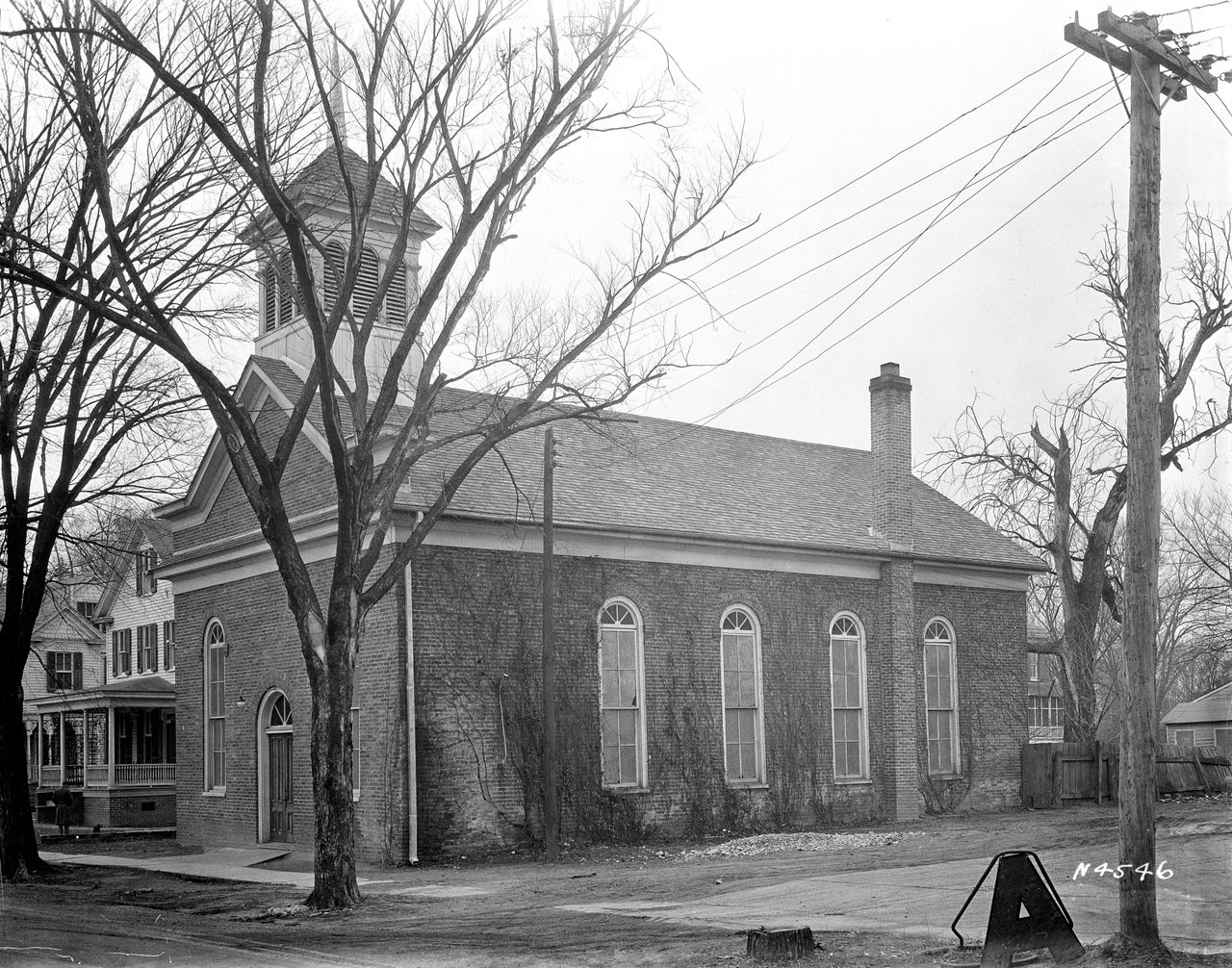 The First Baptist Church was torn down in 1957 and replaced by a parking lot. Courtesy Colonial Williamsburg
In This Story
Destination Guide

For the past two months in Colonial Williamsburg, the living history museum in Virginia, Gowan Pamphlet has stood outside an archaeological excavation, jovially saying hello to passersby. He’s not the original Pamphlet: That one died in 1809, and was the first ordained African American in the United States. This Pamphlet—one of two “actor interpreters” who portray the enslaved Black man who helped found Williamsburg’s First Baptist Church—has reason to be happy. Behind him, archaeologists are slowly revealing the foundation of a historic church. Near this site, nearly 250 years ago, Pamphlet led a mixed congregation of free and enslaved African Americans who once worshipped in secrecy, with no permanent home.

“As people walk by, not only do they get to see the archaeology, they get to hear firsthand from Gowan Pamphlet about the history of the church,” says Jack Gary, director of archaeology for Colonial Williamsburg. “It’s a really nice marriage between our research and our interpretation to our guests.”

The ongoing excavation, which is slated to complete its first phase by early November, is one of two current digs in Colonial Williamsburg. (The other, on the nearby four-acre plot of Custis Square, has been going on for five years.) So far, the foundations of the 1856 church have been revealed, as well as an older brick foundation which may be part of the original 1818 meeting house. A posthole (which is exactly what it sounds like) was also found, along with a number of nails and glass, ceramic, and brick pieces.

Archaeology is part of everyday life in Colonial Williamsburg, and it has the power to change the story that the town tells about itself. As the past is performed aboveground, more of the reality of that past—as it was actually lived—is coming out of the ground. The First Baptist Church’s excavation is a unique reminder of how recent and palpable that history is: People who once worshipped there are still alive.

“These descendants are getting to the age where they’re not going to be here much longer. And every day, I think about the fact that we owe it to them,” says Connie Matthews Harshaw, president of the Let Freedom Ring Foundation, which preserves the history and cultural heritage of the First Baptist Church. “Their grandchildren and their children who probably moved away, are going to be able to come back and say, ‘You know what, this matters.’”

The first meeting house on the site was completed more than two centuries ago, and the first church was erected at the intersection of Duke of Gloucester and Nassau Streets in 1856. But a century later, it was torn down. (Black worshippers weren’t even allowed to be present where white residents voted on its destruction, according to Harshaw.) The First Baptist Church was moved to Scotland Street, and where the congregation once gathered, they put up a parking lot.

“You had one segment of the African-American community that were educated land owners, free blacks. And then you have the others that are enslaved. However, because of the melanin—the color of their skin—they were all recognized as one,” says Harshaw. “They had a common bond, and that was their belief in the God that they believed one day would free everybody.”

This isn’t the first time the old church has been sought out. In 1957, before the site was paved, a small crew of Black laborers, all but one of whom are unidentified to this day, dug into the site and found some of the brick perimeters of the historical structures. Though the work was catalogued, the work wasn’t seen as compelling enough to stand in the way of a car park. The efforts were lost to time until now, when documents from the dig 60 years ago helped Gary’s team figure out the locations of the buildings on the site. “That story wasn’t one that was as of much interest as it is to us today,” Gary says. “As 2020 has progressed … it’s more important now for us to turn to these types of sites.”

The church excavations are the culmination of discussions that began in early 2020 between Colonial Williamsburg and the current First Baptist Church community. A candlelight vigil on the site, which kicked off the digs, was attended by at least two individuals who were baptized in the old church before its destruction.

After the coronavirus pandemic escalated in March, new protocols were put in place on the dig—archaeologists now wear masks and maintain a minimum six-foot distance from pit to pit. The two Gowan Pamphlets, along with the rest of the actor interpreters at Colonial Williamsburg, have era-appropriate cloth masks made by the site’s costume-design center.

Despite the social distancing measures, Gary says, the excavation is a testament to how archaeology can be done in a way that brings communities together. The most important thing, he says, is doing archaeology that’s in keeping with the wishes of the church’s contemporary congregation. “It’s using the archaeological resource to be able to help to spark conversations and to collaborate with the community,” he says, “and to really be a servant to the community, to help you help understand their history and to convey that history appropriately.”

Not a Fan of Hawaiian Pizza, Processed Cheese, and California Rolls? Blame Canada

The discovery adds to our knowledge of Makuria, which ruled a vast region of Africa for six centuries.
ancient technology

Unearthing the True Toll of the Tulsa Race Massacre

99 years later, a community works with archaeologists to answer longstanding questions about a brutal tragedy.
Video • Wonder From Home