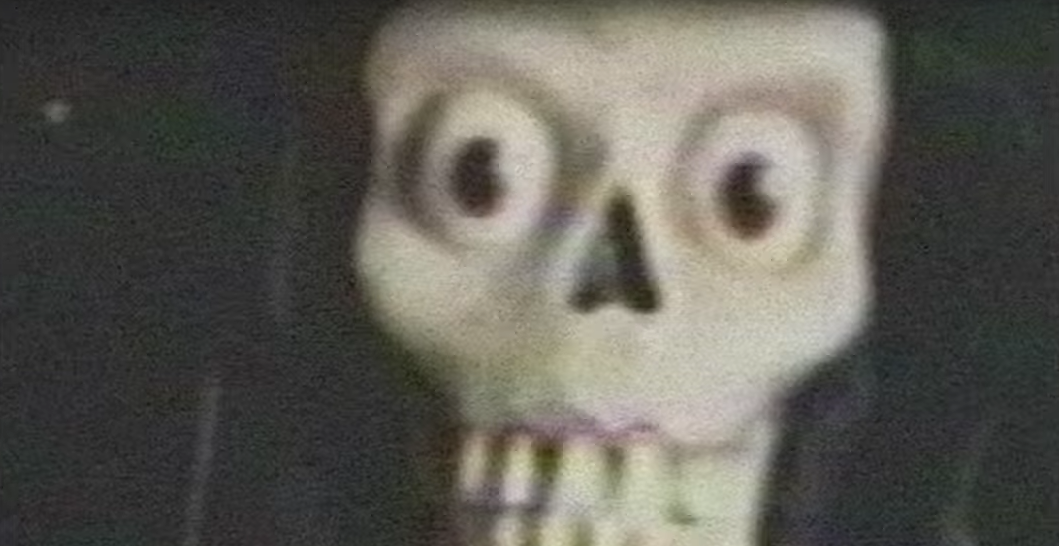 Does Candle Cove sound familiar? That old children’s show with the sinister talking boat, and the skeleton, The Skin-Taker? It aired on the local channel in Ironton, a small town in Ohio, back in the ’70s, and had that creepy calliope music playing over every episode. There were those rumors, too, that when kids said they were watching it, all the parents could see was static.

Well, it never existed—until now. This month, the Syfy network will be launching a show called Channel Zero, based on one of the internet’s most persistent and terrifying bits of lore, part of the scary story phenomenon known as creepypasta.

The story, “Candle Cove,” was first released in 2009 on author and illustrator Kris Straub’s horror fiction site, Ichor Falls, which collected a number of creepy stories he had written revolving around the titular fictional town.

The story plays out between exchanges from members of the “NetNostalgia Forum,” who are trying to remember a strange children’s show from their youth, Candle Cove. As they bat their memories back and forth, the commenters recall marionette characters like Pirate Percy, a cowardly buccaneer who captained the Laughingstock, a living pirate ship with a wide mouth across its bow. They were joined on their adventures by a young girl named Janice, who was the protagonist of the show.

While they continue to remember the details of the program, they begin to recall some more sinister figures like the one-eyed Horace Horrible, whose handlebar mustache sat over a set of too-tall teeth, and most unsettling, a skeleton in a tattered cape and top hat, calling himself The Skin-Taker. Other details pop-up such as the Laughingstock’s repeated command to the scared Percy saying, “YOU HAVE… TO GO… INSIDE,” and memories of an episode where everyone is just screaming the whole time.

Without spoiling the ending of the short tale, which you can read in full here, the commenters begin to realize that Candle Cove was much more than just a normal kid’s show.

In a 2011 interview on Kindertrauma, Straub said that he wrote the story just to get the idea out of his head, having flashed on the idea of a horrifying, half-remembered kids show after reading a 2000 article on The Onion titled, “Area 36-Year-Old Still Has Occasional Lidsville Nightmare.” Straub said that while it was funny, the basic concept was frighteningly true.

“So many things that scare us as kids start from this innocuous desire to entertain children,” he said, “but it’s produced carelessly, or some special effect comes out way more ponderous or ugly than the creators intended, and it lingers as we, as children, try to make it fit with our limited understanding of the world.”

Without Straub’s approval, fans began sharing “Candle Cove” on larger horror fiction sites, and forum sites like 4chan and Reddit. As the popularity of the story grew, it truly morphed from a scary story into an internet-friendly creepypasta when fans began going on actual message boards and posting the stories exchanges as though they were an active conversation that was taking place. (A creepypasta is a scary story that has been cut and pasted around the internet to the point that it takes on a mythic life of its own, and “Candle Cove” became one of the most iconic.) In the process, the story became somewhat detached from Straub, but was often shared as some kind of urban legend.

Candle Cove quickly picked up a creepypasta fandom rivaled only by the Slenderman him(it)self. Line Henriksen, a doctoral candidate at Sweden’s Linköping University focusing on, among other things, hauntology, monster theory, feminist theory, and creepypasta, attributes the rabid popularity both to the story’s verisimilitude, and for its open-endedness. “In this sense, ‘Candle Cove’ forms part of the current Lovecraft renaissance, where existential anxiety in the (absent) face of a boundless and indifferent universe is what causes horror,” she says. “This type of horror is fairly common when it comes to creepypasta, which often claims to be presenting you with a glimpse of a terrible truth that cannot be unseen and that may infect, contaminate and haunt you forever.”

Henriksen also notes that the story is also appealing in that it revolves around a barely explained television show, which has allowed fans to create their own visions of the horrifying program, and their own answers to its mysteries. And in the years since its release, fans of “Candle Cove” have not disappointed.

Fans have also produced tons of videos and music either about the show, or claiming to be footage of the fictional show itself (start your headphone volume on low, the screams can be pretty piercing). There are videos of people reading original creepypasta about their experiences seeing fake show-within-the-story Candle Cove as children, and even one peak-internet video that mashes up Candle Cove with the popular Fine Brothers series, Kids React:

According to his interview with Kindertrauma, Straub saw the story’s growth into a fan-powered urban legend as a flattering evolution of his short story, realizing that the natural behavior of such a story is to be appropriated by shadowy corners of the internet. “I know that serves the mythos way more than me being a litigious dick about it,” he said. Although he also acknowledges his ownership of the copyright, and doesn’t like the idea of people making money off his work without authorization.

It seems as though Straub is receiving his due credit for inspiring Channel Zero, and the show looks to be upholding the creepy spirit of his story and the legends it has inspired (as well as including a kid made of teeth). For Henriksen’s part, she is optimistic about the show. “It’ll be interesting to see what Syfy does with ‘Candle Cove’,” she says, “Personally, I’m hoping Channel Zero will offer its viewers glimpses of a disturbing, contaminating truth that cannot be unseen. As any decent creepypasta would.”

Welcome to Your Worst Nightmares

We asked you to tell us about them, and they are chilling.
31 days of halloween

Tell Us About Your Most Terrifying Nightmare

What haunts your sleep?
31 days of halloween

Maere, mara, mahr, mahrt, mårt—by any name, it was and still is a terrifying visitor.
Want to see fewer ads? Become a Member.
From Around the Web
THE GASTRO OBSCURA BOOK
Taste the World!
An eye-opening journey through the history, culture, and places of the culinary world. Order Now