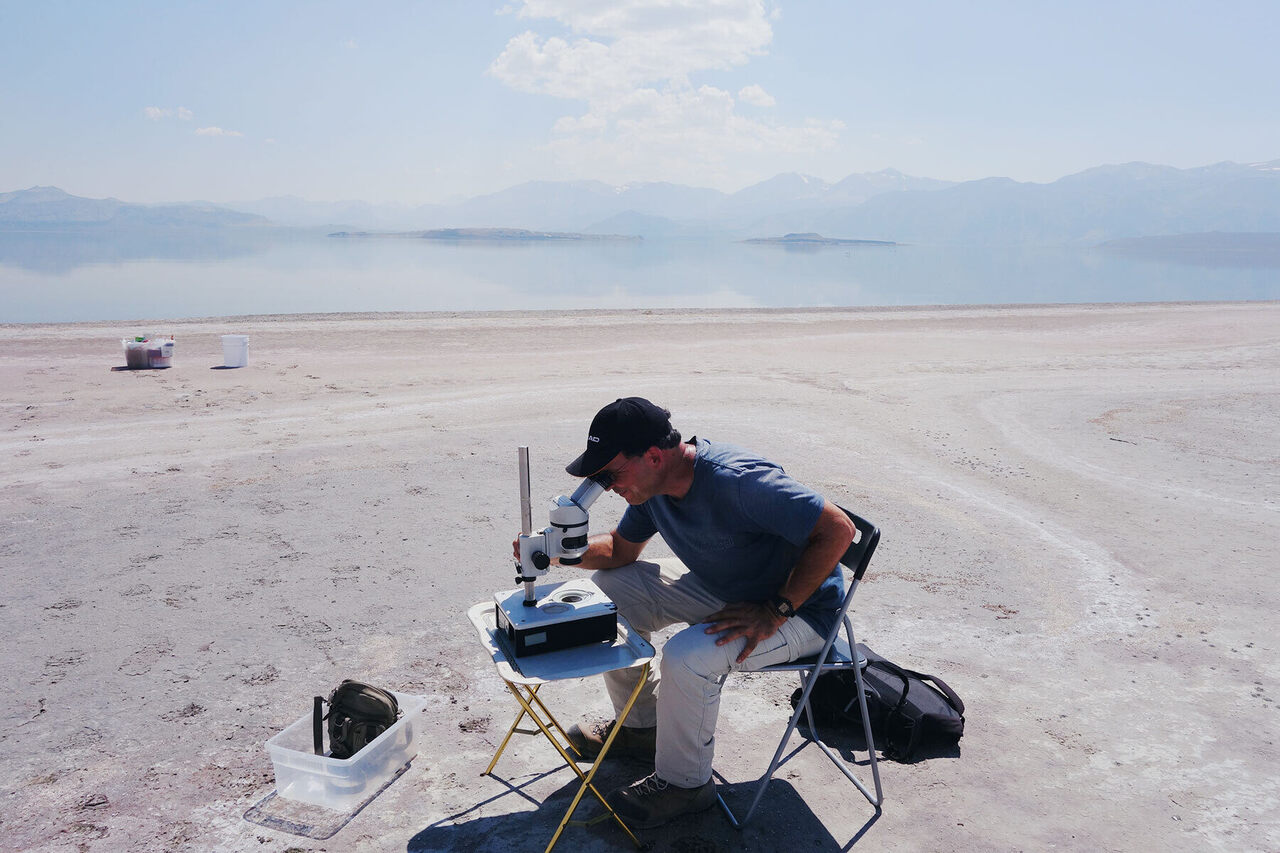 Aqueducts have dramatically changed this old lake, now home to tufa towers and its very own species of tiny brine shrimp.
Destination Guide

If you’re human, the waters of Mono Lake aren’t for you. Besides being an otherworldly strain of beautiful, the Californian body of water is salty and very basic, with a pH of 10—the equivalent of detergent—in addition to levels of arsenic around six times what is considered safe for drinking. No fish live in the lake, but some animal life finds a way, namely ones that thrive in the toughest conditions (known collectively as extremophiles). Mono Lake’s inhabitants have names that refer to their hostile home: brine shrimp and alkali flies. Now, another hardy species can be added to Mono Lake’s list of aquatic denizens—nematodes, including a new, arsenic-adoring species from the genus Auanema.

The creature, described in the journal Current Biology, is a roundworm with a couple of unique evolutionary traits, chief among them the capacity to survive more than 500 times the amount of arsenic that is fatal for humans. But James Lee, a nematologist formerly of the Sternberg Lab at the California Institute of Technology, which conducted the research, wasn’t all too surprised to find them.

“What’s remarkable about extremophilic nematodes—in fact all extremophilic species—is how much they have to reveal about resilience, and the innovative strategies they use to survive on this planet,” he says.

The newly discovered species of Auanema has a few other evolutionary tricks up its oral cavity. It has three sexes—female, male, and hermaphrodite. Lee says that the male and female Auanema may help preserve genetic diversity in established populations, while the hermaphroditic worms are uniquely suited to trailblazing into new areas, since they reproduce solo. The nematodes are also viviparous, meaning that instead of laying eggs like most nematodes, they have live births.

Lee and his colleagues are particularly excited about the new Auanema species’ arsenic resistance, which, while documented in two other nematodes, has never before been apparent in an extremophilic one.

“We believe this could shine new light on how arsenic moves through and affects animal cells,” he says, “an open question that’s especially important since arsenic is one of the most common environmental toxins that affects humans.

The nematodes at Mono Lake also confirm a long-held truth: that nematodes are not only one of the most robust creatures on earth, but they are also among the most abundant. In 1913, nematologist Nathan Cobb wrote that “if all the matter in the universe except the nematodes were swept away, our world would still be dimly recognizable … we should find its mountains, hills, vales, rivers, lakes, and oceans represented by a film of nematodes.” Mono Lake would come through clear.

“These animals have really mastered how to survive on this Earth,” Lee says. “We could really learn a lot from them.”

And they aren’t playing around.
evolutionbiodiversitylakesscience
Keep Exploring
caves

Meet the Scientists Who Pollute Lakes on Purpose

For half a century, researchers have been spilling chemicals in the waters of northwestern Ontario.
carnivorous plants

Venus Flytraps Are a 'Horrid Prison,' But Only for Certain Insects

Another example of how, biologically, islands are deeply weird.
Read more
Thanks for sharing!