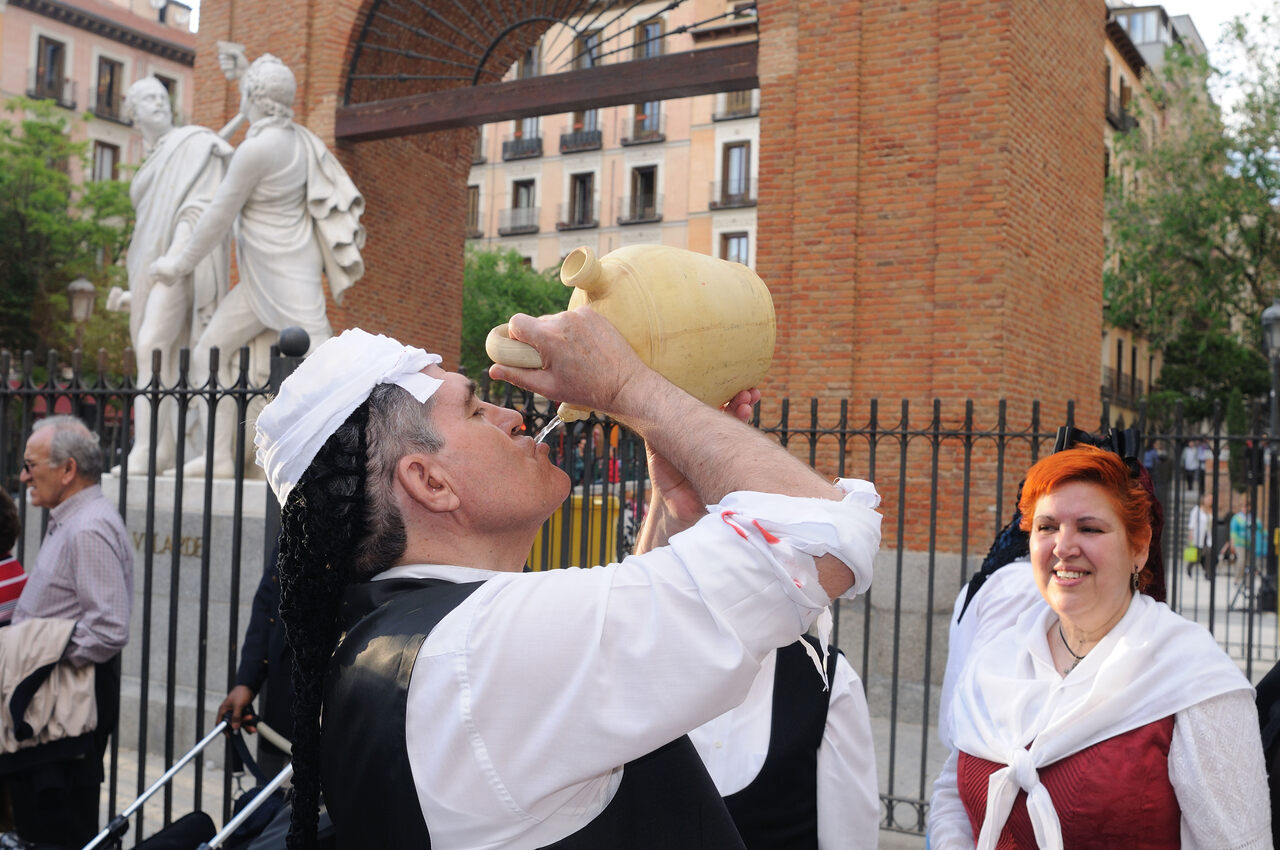 In the last few decades, much has changed in Las Barreras de Órgiva. This Granadan village, in southern Spain’s Alpujarra mountains, was once home to dozens of pottery workshops. It was an industry that fed hundreds of people. Along with the potters, workers labored at tasks from extracting the clay, processing it, and collecting wood for the ovens.

All of that is long gone. Only a handful of potters remain in Las Barreras. One of them is Rafael Orellana. In his small workshop, Orellana still crafts and sells clay objects, just like his father, grandfather, and grand-grandfathers did before him. Business is not booming, but he still has customers. Many come for his botijos.

At first glance, the botijo looks like a simple clay jug, albeit one with several appendages. They can be found in nearly every rural Spanish town. But the botijo is an ancient, ingenious system for cooling water. Also known as a búcaro, pipo, piporro, barril, and botija in different parts of the country, many of these words likely stem from the Latin butticula, which is also the origin of the Spanish word botella, or bottle.

Although you can find them in many different shapes and colors, most botijos share a few features: round, with a handle on top and two holes, one on each side. One of the holes is wide, and used to fill the jug. The other one is at the end of a spout. When drinkers heft the jug into the air, it pours a thin stream of water into their mouths. (Touching the spout with your lips is taboo.)

The oldest botijo known so far dates from the Early Bronze Age. Discovered in the 1960s at the Puntarrón Chico de Beniaján archeological site, which was a village between 1,700 and 1,500 BC, it’s a remnant of the Argaric culture that once flourished in southeast Spain. Today, this crude botijo rests in the Archaeological Museum of Murcia.

At first glance, the explanation behind the botijo’s cooling powers seems simple. When the jug is full, water completely permeates the porous, unglazed clay. Then, the water molecules on the surface evaporate, taking warmth with them. As a result, the water inside the botijo cools down. The mechanism is much the same as how the human body cools itself with sweat. In fact, it’s said that the botijo “sweats” as its surface dampens during the process. When placed in a warm place with dry, moving air, the botijo can decrease water temperature up to 10ºC (18ºF) in just an hour*⁠—a blessing during a hot Spanish summer.

But behind its apparent simplicity, the details of the botijo’s cooling system are incredibly complex. In the 1990s, two Spanish scientists developed a mathematical model to explain the details. They placed botijos in an oven and measured the water evaporation rate and the temperature drop over time. In the end, they came up with two lengthy and complicated differential equations to explain the mechanism.

Yet botijos have become a relic of the past. They were handy in old rural Spain, where people worked the fields under a scorching sun and houses did not have electricity. But today, there are fewer farmers than ever, and it’s hard to find a house without a refrigerator. Why would someone drink from a heavy clay jug when they can comfortably use a glass?

Plus, traditional pottery is no longer profitable. Artisanal clay products can’t compete with cheaper plastics. Orellana admits he can’t afford to hire an apprentice. “Sometimes I’m busy and sometimes it’s a bit more quiet,” he says. “But I am always working on something. If I don’t have assignments, I make things to keep a stock.” If nothing changes, the botijos of Las Barreras will die with him.

Variations of this story can be heard all across Spain. In La Rambla, a city in the province of Córdoba with a long pottery tradition, there have been a few campaigns to promote local clay products in general and the botijo in particular. One of them asked Whatsapp, Spain’s messaging app of choice, to add a botijo emoji.

Still, botijos hold a fascination for people across Spain. Part of it stems from a feeling of nostalgia. A rural exodus during the 60s and 70s swept Spaniards into cities. Many of today’s urban dwellers love the jugs as a reminder of the villages their parents and grandparents came from, where botijos were part of everyday life. Spaniards appreciate botijos as symbols of their roots, even if they use them only occasionally.

Plus, they’re very collectible. There are a surprising number of botijo museums and collections across Spain. One of the latter can be found in Pampaneira, another village of the Alpujarra mountains, just a few miles uphill from Las Barreras. It was the pride and joy of José Martín Aragón, a local trader who passed away 20 years ago.

The collection now belongs to Martín’s children, who keep it in a large and dusty attic that is only opened on request. The attic is cluttered with botijos on tables, shelves, closets, and the floor. There’s just enough space to walk from one room to another. They estimate the collection has between 800 and 1,000 jugs.

According to José Ginés, one of José Martín’s sons, his father was a patron of artists and craftsmen, who happened to have a thing for botijos. Due to his job, he often worked with potters and ceramists and regularly commissioned them to produce his favorite jugs. “He went to the artisans and told them, ‘Do whatever you want! I’ll buy it!’” recalls José Ginés.

This creative freedom is one of the first things that stands out in the collection. There are jugs of all colors, shapes and sizes. No two are alike. Since Martín usually acquired the botijos in batches, the collection is grouped in clusters of up to 20 jugs that share a common theme or a specific style. In some cases, the artistic evolution of the artisans can be seen across the series.

These botijos weren’t really made to drink from. Instead, they’re prized works of art. In fact, most of them can’t cool water, either because they were made of materials other than clay or because their surfaces are glazed. However, many of them keep the elements that make the botijo easily recognizable: the round shape, the handle, the filling hole, and the spout.

Beyond Spain, botijos have been held up as a solution for sustainably cooling water across the world. In 2014, two researchers identified regions where botijos could potentially be used. They considered four parameters: air humidity, average temperature, access to drinking water and the presence of clay. It turns out that there are large swaths of the planet meet all these conditions: most of Africa and Australia, large parts of Europe and Asia, and some regions of North and South America.

But in Spain, it’s hard to know if they’ll make a comeback. But even if they don’t, botijos won’t be easily erased from Spain’s collective imagination. They are deeply entrenched in the culture, and remain the most characteristic symbol of the Spanish rural world.

*Correction: An earlier version of this article misstated a conversion from Celsius to Fahrenheit. A temperature drop of 10ºC is 18ºF, not 50ºF.

An "Arctic mystery" may lead to a future of food under the permafrost.
restaurants

After Automats Died in New York, They Flourished in the Netherlands

The "waiterless" restaurants were once iconic symbols of the Big Apple.
food

The owner of Alcôa has devoted decades to recovering lost pastries.
libraries

A new internet archive is making the region's culinary history more accessible than ever.
Video • Object of Intrigue

A cheese discovery made by shepherds became the pride of a region.
Madrid, Spain

A replica of the ice houses that once formed the basis of a local ice cream industry sits proudly in the middle of traffic.
Want to see fewer ads? Become a Member.
Related

The biggest names in Japanese technology vied to bring them to market.
Read more
Thanks for sharing!