Near Stonehenge, an Even Bigger Neolithic Site Is Hidden Underground - Atlas Obscura
Want to see fewer ads? Become a Member. 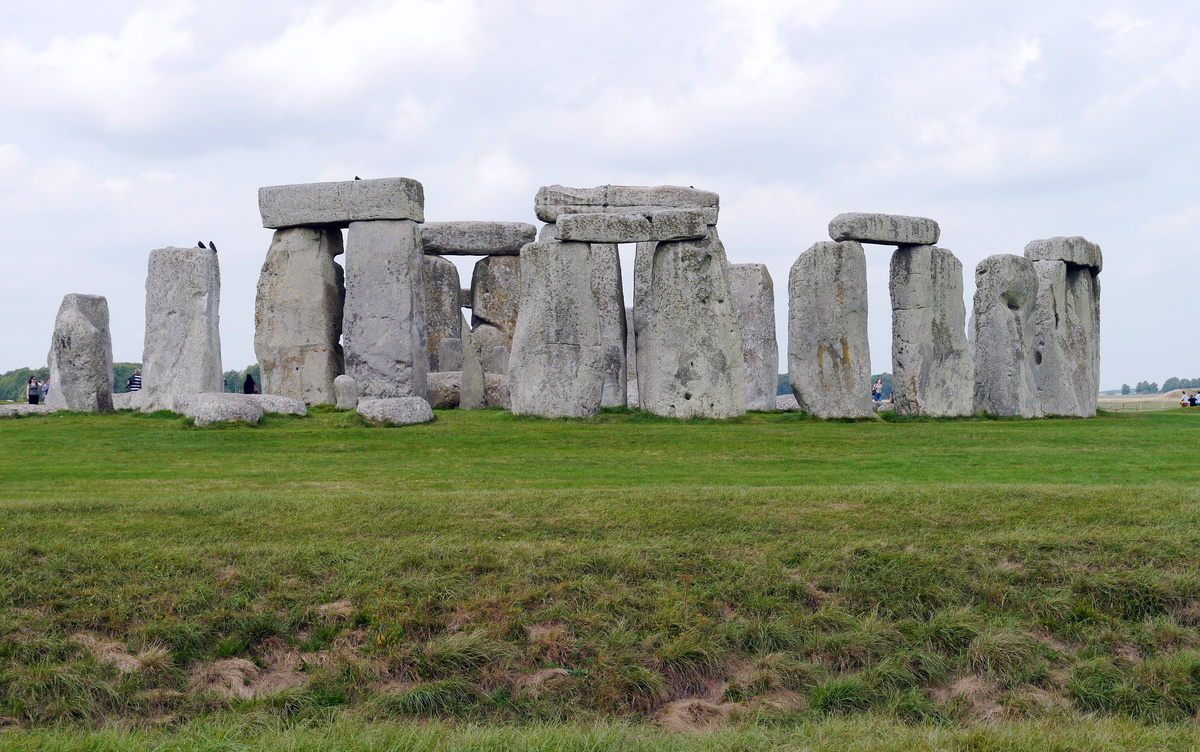 The famously monumental Stonehenge is dwarfed by a new discovery. Jaszmina Szendrey / Atlas Obscura User
In This Story
Place

There’s enough old stuff in England that many things get overlooked. Take the several white spots in Stonehenge’s old parking lot. Drivers there had long treated them as traffic markers, when in fact they actually marked the locations where Mesolithic wood posts once stood, thousands of years before the region’s main attraction rose from the Salisbury Plain, some 5,000 years old itself.

Now, another monumental site has been discovered in the area, and though it’s much, much bigger than Stonehenge, it’s easy to see why it’s been missed for so long. The newly found site, contemporaneous with Stonehenge, is a vast arc of pits, which archaeologists believe represents a significant development in their understanding of the inhabitants of early Britain.

“When we started the Stonehenge Hidden Landscapes Project, we started to look in between the monuments [we knew about],” says Vincent Gaffney, an archaeologist at the University of Bradford and lead author of a recent study describing the newly-discovered site, published in the journal Internet Archaeology. “The Neolithic period was a time of monumentalization of ritual sites. It was happening all over the country. This dwarfs the lot of them.”

Stonehenge is notorious for its scale, with its trilithons (the Jenga-block constructions of two upright stones with a large stone lying flat across the top) clocking in at over 20 feet, and a total site diameter of nearly 100 feet. The newly found pits—20 have been found so far, and there are likely more—are about two miles from Stonehenge, near the town of Durrington, and are about 16 feet deep. The pits form an arc with a diameter of over a mile, with a gap on its western side—like a giant crescent moon partially encircling the site of Durrington Walls, another “superhenge” enclosure. It brings to mind a giant eye, with Durrington Walls, itself 1,600 feet across, as the pupil. The complex is just a couple of miles from Stonehenge.

It’s clear that across Salisbury and beyond, such sites were an inescapable part of Neolithic life. They were used by people across the island, likely for ritual purposes (though Durrington Walls also hosted a village at some point). The Wilsford Shaft, a 90-foot hole just southwest of Stonehenge and excavated in the mid-1960s, turned up a number of ancient objects at the bottom. Gaffney’s team found bone and struck flint at the bottom of the holes near Durrington.

“The ritual and the everyday isn’t separated in this society as it is with us,” Gaffney says. “You can’t just dig down [90 feet] down, find [offerings] at the bottom, and say it’s not ritual. These things are just too wacky.”

Both the newly discovered enclosure of holes and Stonehenge are in close proximity to the River Avon, which Gaffney says may help explain the clipped shape of the new site—with the circle stopping at the river, or at least where the river flowed thousands of years ago.

“Durrington Walls and Stonehenge are very connected monuments, and the Avon is the connection,” Gaffney says. “This is why visitors to Stonehenge should turn their back on it [and look toward the river]. That’s how you understand Stonehenge.”

The new pits were found using magnetometry, which senses variation in the soil. Using a fleet of tractors tugging magnetometers, the international European team mapped the pastures that a number of henges, walls, barrows, enclosures, and curses (plural of cursus, a long, trench-like Neolithic construction) call home.

“The pits are filled with a huge volume of soil,” Gaffney says, “that’s set against the chalk, which is relatively inert magnetically. It shows up as a massive positive in an otherwise inert background.”

The ring of holes extends pretty uniformly from the circle of Durrington Walls at the center, suggesting that the makers had paced it off. Some of them on one side, however, trace the outer rim of a site that predates both them and Stonehenge by about a millennium, called the Larkhill Causewayed Enclosure. This further suggests that builders of these monuments used far older ones as guides and benchmarks—even if it got them a little off track.

“At some point they realized, ‘We’re going too far,’” Gaffney says, “and by the time they’re done they’re back on track. I’ve never seen something like that in early British prehistory. It shows you that the counting isn’t the important thing, it’s the connection with the causewayed enclosure.”

Though the ancient populations that built the earlier enclosure and the later henges and pits were separated by a millennium, they show how the population was aware of its past, and how that past helped to define what they did in their own time. It’s a stunning reflection of spiritual continuity and the centrality of these earthworks to their lives.

And today the land is still filled with their works—and just as many unanswered questions.

For Centuries, People Took Chunks of Stonehenge Home as Souvenirs

During the Victorian era, such behavior was not only common but expected.
megalithic

Who needs stones when you have marshmallows or foam?
geology

New research says the megaliths may have been dragged to the site with the help of lard.
geology

Found: Two of the Quarries Responsible for the Megaliths of Stonehenge

And evidence for how the massive stones were removed.
List

A 14-stop bar tour through Great Britain's past.
Video • PinDrop

4:46
Want to see fewer ads? Become a Member.
From Around the Web
Atlas Obscura Trips
Southern England: Lore of Dartmoor
View This Trip
Thanks for sharing!