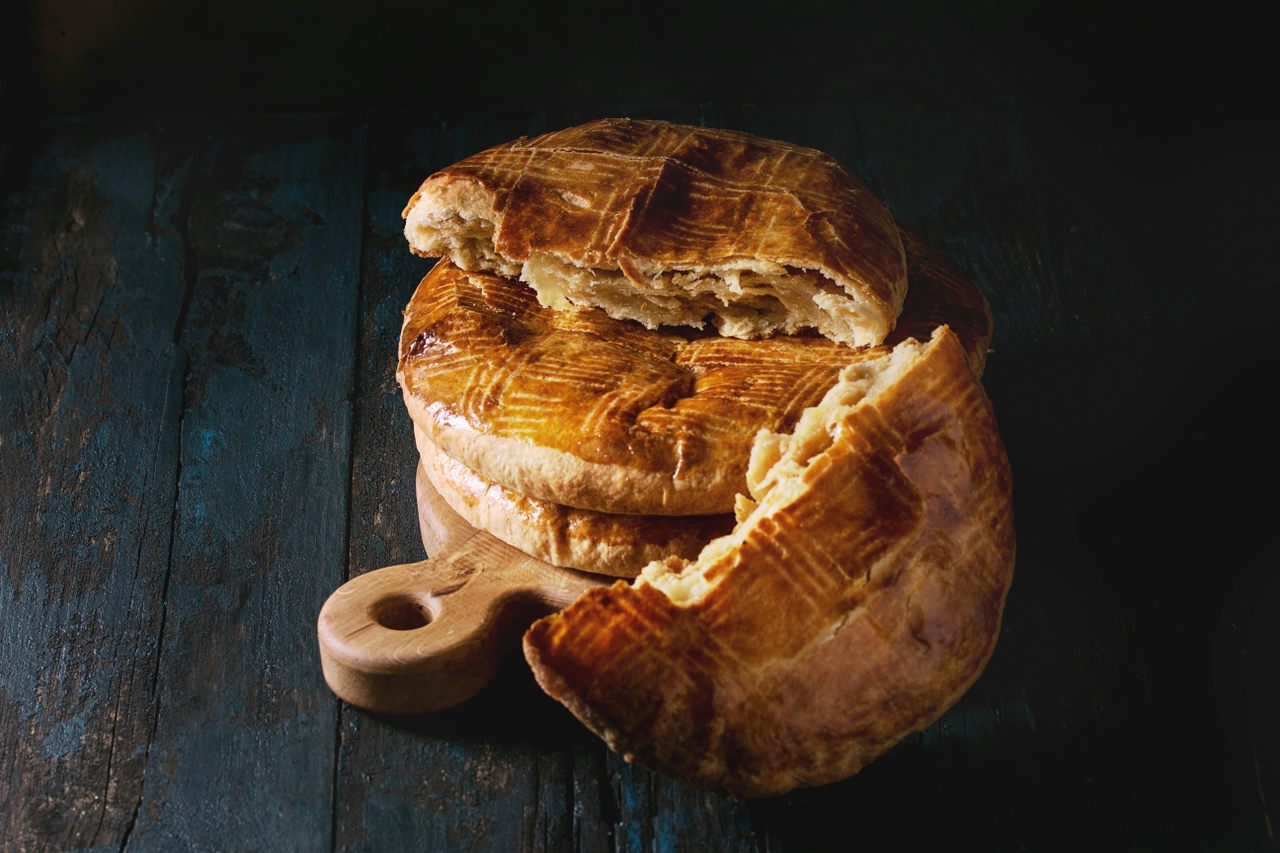 At the Matenadaran, a museum in Armenia’s capital city of Yerevan, is a manuscript written in Middle Armenian, an archaic version of the language used today. It’s a little mysterious, but researchers believe it presents the recipe for a cake or sweet bread: The list of ingredients seems to contain sugar, flour, and nuts. Another manuscript, probably even older, has a diagram of a cow and its cuts on one of the yellow stained pages.

The Matenadaran (known in English as the Mesrop Mashtots Institute of Ancient Manuscripts) contains over 23,000 of Armenia’s oldest, rarest, and most valuable documents. Just 10 of these manuscripts relate to food. Few researchers have shown interest in them, with one notable exception: Sonia Tashjian. Tashjian, a researcher and leading expert in Armenian cuisine, is one of the most devoted visitors to the Matenadaran. Its modest collection of food manuscripts is helping her discover how Armenians ate and lived in centuries past. Guided by documents like these, she aims to recover an essential part of the country’s threatened history.

Born in Anjar, a small village of Armenians in Lebanon, Tashjian moved to Armenia when she was 20. There she began a quest to define Armenian food and identify its influence. Fueled by her discoveries, she hosted a TV show named Grandma’s Cuisine. “Nothing says as much about Armenian identity as its culinary heritage,” she says. According to her, food has become a vital integrity factor for millions of Armenians worldwide.

Armenians have survived repeated annihilation attempts. Byzantines, Persians, and Seljuks all conquered them before Ottoman Turks colonized Armenia in the 16th century. Armenians suffered large-scale massacres in the 19th century. Then came the genocide of 1915-1917, which claimed more than a million lives. For Armenians, ancient manuscripts aren’t just important. These are the documents that attest to their existence and identity as a people.

Hundreds of thousands of genocide survivors found refuge in various parts of the world, resulting in a diaspora of more than 7 million Armenians in more than 100 countries—compared with the 3 million who live in Armenia. Many witnessed their history and customs being threatened to the point of potential extinction. Cooking their ancestors’ recipes around the world has been a way to keep the flame alive.

“Because gastronomy, unlike other fields, is a knowledge transferring from one generation to another”—or “from mouth to ear,” as Tashjian prefers to say—“it remains steady.”

While cookbooks and recipes are scarce in Armenian museums, Tashjian has found new methods of unearthing culinary history through her work at Sardarapat Ethnographic Museum. “My main and irreplaceable source is the notebooks from the genocide survivors,” she says. “Many wrote memoirs after the 1915 genocide, reminiscing [about] life in their lost birthplaces. There are a lot of wonderful ethnographic themes in those books, mainly recipes and cooking techniques.”

In addition to the exodus caused by the genocide, many Armenians left during the dissolution of the Soviet Union, when their country, a former Soviet Socialist Republic, gained independence. Each diasporic community is part of what Armenian people worldwide call “the Armenian nation,” a collective that transcends geographical borders. “That’s why it is challenging to address the question of our gastronomy,” says Arpine Asryan, a staff researcher at the Matenadaran. It also explains why it is hard to find official publications that focus on Armenian cuisine—especially those published in the Armenian alphabet (developed around 405 by Mesrop Mashtots).

The first culinary study of Armenian manuscripts, “Dishes and Feasts in Ancient Armenia,” was published at the beginning of the 20th century by Mekhitarists church father Vardan Hatsun. In 2021, Hayk Hambardzumyan, a specialist in Armenian literature and head of the Publishing Department at the Matenadaran, wrote about the dishes featured in the Armenian epic David of Sassoun. He highlighted dishes such as pilaf rice and jazhik, a cottage-like cheese, considered to be the food of the poor in the epic.

In 2014, UNESCO added Armenian lavash to its Intangible Cultural Heritage list. The flatbread, eaten in the South Caucasus and Western Asia, is part of a flatbread-making culture in Azerbaijan, Iran, Kazakhstan, Kyrgyzstan, and Turkey. In situations like these, the manuscripts and ancient recipe books collected by Matenadaran become crucial. “It’s a good reason to look through the sources and find out who had or prepared that very dish first,” says Asryan. “When one country applies for a particular dish, others try to prove that that dish doesn’t belong to only that country. And at that very moment, they all refer to the old cookbooks, manuscripts, and recipes to prove their point.”

According to Asryan, many Syriac Armenians moved to Armenia in the wake of the humanitarian crisis resulting from Syria’s civil war. Armenians have also come back from Iran and Lebanon in recent years. “Nowadays, our cuisine has many variations thanks to [the return of] Iranian Armenians, for instance, brought oriental elements, mainly the culture of spices. Armenians create national dishes in every country by adapting to its food capacity and availability,” she says. Many who returned to Armenia also brought back family manuscripts and recipe books that have been kept for years, which also help tell the story of Armenian cuisine and how it influenced many cuisines around the world. Tashjian’s job is to bring together these pieces that, though scattered around the world and often attributed to other cultures, bear Armenian fingerprints.

“I gather the recipes of our historical fatherland, from western to eastern Armenia regions, passing through Nagorno-Karabakh, old Cilicia, Polis and around. But also from Iran and Georgia Armenian regions, where the Armenians have lived for centuries,” Tashjian says. She then tries to replicate the dishes as accurately as she can and publishes them on sites such as Houshamadyan, a digital project that revives Ottomanian-Armenian culture.

By interviewing genocide survivors, Tashjian can track down family documents that preserve Armenia’s cultural and culinary legacy. For a nation forced to split across the world, her job, she explains, is to get all the Armenian dishes back on the table.

Or how to channel 5,000 years of history into one exhibit.
museums

This modern tandoor eatery was once a canteen for Soviet farmers.
Tsovagyugh, Armenia

Men and special assistants stand by the road to sell the day's catch in this lakeside village.
Condom, France