After Being Abandoned, This French Beach Resort Was Adopted by Artists - Atlas Obscura
Want to see fewer ads? Become a Member. 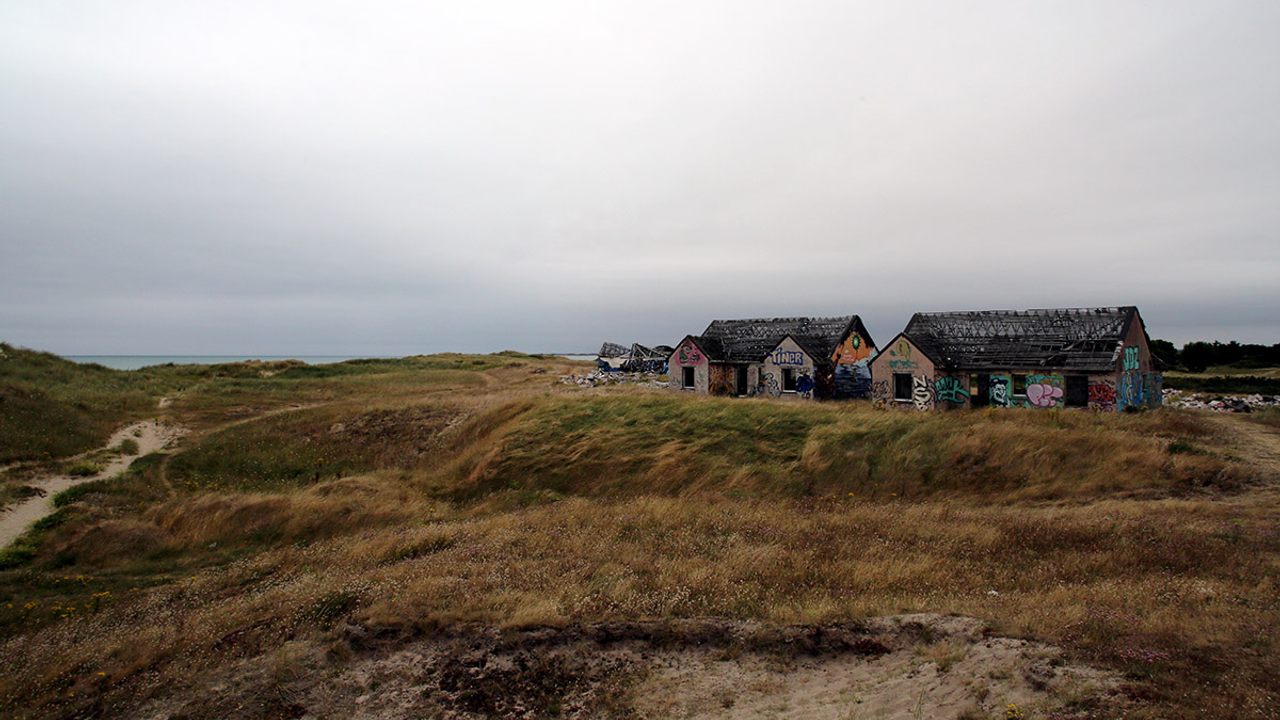 The ruins of the holiday resort of Pirou-Plage in Normandy, France. All Photos: Elisabeth Blanchet

Born of a financial fiasco in the 1990s, the resort of Pirou-Plage in Normandy remained a half-built ghost town until its colorful houses were discovered by squatters and ravers. Since then the French village has taken on a new identity, becoming a hub for artists and filmmakers and blossoming into an art project open to all. Recently, though, local authorities made plans to bring in bulldozers and demolish the resort’s graffiti-covered structures.

“I am in such a hurry to see this eyesore disappear for good,” says Gabriel Lallemand, Deputy Mayor of Pirou, a Normandy seaside resort. Lallemand has been following the village’s fantastic twists and turns since 1990. Back then, an unscrupulous property developer bought a 17-acre piece of land from the local authorities in Pirou-Plage. The plot was a couple of hundred yards from the beach, behind a lovely natural dune.

The site was called “Aquatour,” and the plans to turn it into a holiday village were ambitious: 75 houses, a hotel-club, 2 tennis courts—in a seaside town which counts only 1,500 year-round inhabitants. The promoter was a convincing salesman: he quickly sold all the houses—on paper, anyway. But no plans were made for water, electricity or draining.

By April 1992, 25 houses were already up when the building work suddenly stopped. The contractors were not paid anymore: the promoter had vanished with its investors’ money. Pirou-Plage would never turn into a holiday village.

The new houses were systematically plundered: everything that could easily be taken away disappeared. Stripped of their doors, windows, and roof tiles, the desolate houses then became homes for squatters and ravers who came and went as they pleased. A sort of seasonal ghost village was born, open to whoever wanted to come, without barriers.

Pirou-Plage’s story took another interesting twist when it started to attract artists in the 2000s. Street artists, painters, photographers, and filmmakers adopted the abandoned resort, and for the first time its houses were lively. In 2014, some Pirou inhabitants were featured in projects led by the famous French photographer and street artist JR, and filmmaker Agnès Varda. Word of mouth and media coverage spread the news: Pirou-Plage had become a cool place to go.

But not for long. After years of legal battles, the local authorities have finally won the land back and are ready to put it to other use. “First of all, we’ll board up the village as it’s dangerous—there is asbestos and tripping hazards. Then we’ll demolish it. We don’t want to waste time anymore,” says Noëlle Leforestier, the Mayor of Pirou.

What will happen next? “We are thinking about a mix of houses, shops and businesses—but with a reliable promoter!”

The treatments are no longer mandatory, but they're still available.
Video • AO Docs