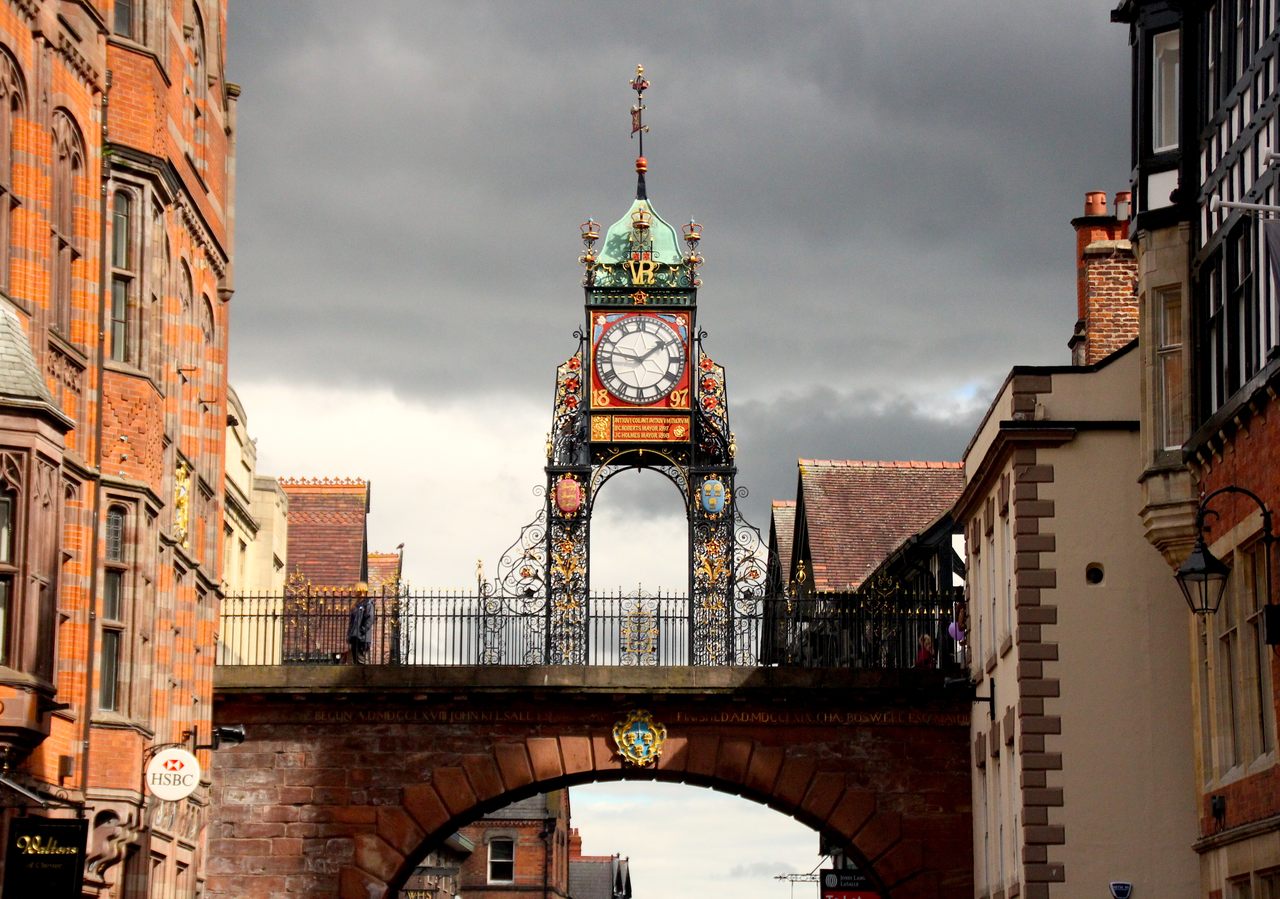 Any time is a good time for wonder. Rock drum/CC BY-SA 3.0
In This Story
Place

A small but hugely whimsical theater where marionettes play out the "The Battle of Stalingrad."
Place

In virtually every city in the world, you’re likely to come across a beautiful, peculiar, or downright timeless clock. They might be set into high towers, or stand on their own, but no matter the exact details of the timepiece, landmark clocks are wonders to behold. We recently asked Atlas Obscura readers over in our Community Forums to tell us about their favorite public clocks, and their responses made us want to become time travelers. As in people who travel to see time. Via these clocks. You get it.

Take a look at some of our readers’ favorite landmark clocks below, and if there’s a clock we missed that you’d like to recommend, head over to the forums and keep the conversation going! It’s about time we gave beautiful clocks some love.

“The other clock that leaps to mind is the one in Tokyo designed by Hayao Miyazaki. It’s not historic, and doesn’t have any crazy backstory, but for a Miyazaki and Ghibli superfan like me it is one of the coolest clocks imaginable. And actually it’s an incredibly detailed piece of art—and enormous! Unfortunately, I was so overwhelmed on my trip to Japan that it completely slipped my mind to go see it. Next time…” — maren

“I’ve written about the city of Pachuca here before. A relatively small state capital a two-hour drive away from Mexico City, it’s one of those places that knows it has tourist potential but hasn’t quite been able to market it. One thing they have managed to market however, is their city symbol, the literally-named Reloj Monumental (Monumental Clock). Representative of the city’s cultural ties with England, given that many of the silver mines in the area employed miners from Cornwall, one of its big claims to fame is that the internal clockwork was made by the same company as Big Ben’s, so they’re blood brothers, so to speak. Despite all the jolly ol’ Englishness, the architecture of the clock tower is more French as it was opened in 1910 for the Centennial of Mexico’s Independence and to be tres chic was the style at the time.” — linkogecko

“Here in Puerto Rico, the town of Caguas is known for its Reloj Floral or Floral Clock. The monument was erected in 1966 by mayor Don Angel Rivera after visiting Europe. The twelve faces belong to distinguished people from the town of Caguas, such as troubador and improviser Florencio Morales Ramos, former boxer Don José Aponte Torres, and one of Puerto Rico’s most famous story writers, Abelardo Díaz Alfaro, among others. During the holiday season, poinsettia flowers surround the clock.” — CDVV86

“The Bromo Seltzer Tower in Baltimore. It has a bigger clock face than Big Ben!” — smrieder

“I love this astronomical clock (the Three Kings Clock) at the cathedral in Strasbourg, France. The movement is incredible and always draws crowds at noon to watch the disciples receiving a blessing from Jesus among other things. It also calculates leap years, equinoxes, and even Easter under the complicated Gregorian rule.” — rjsarles

“One of the most notable landmarks in Graz and a must for any visitor, the Graz Clock Tower may be best known for its confusing clock faces, featuring long hands for the hours and short hands for the minutes. Dating back to medieval times, the tower stands 28 meters high and has a clock face on each side, each about five meters in diameter. The 18th century clockworks still operate, but are now controlled electronically. In addition to the famous clock, the tower is also home to three bells, the oldest of which dates back to 1385, and still rings on the hour. Another bell from around 1450 was used during executions and later to remind people of the city curfew.” — mmuelle7

“I’m surprised that the clock tower in Piazza San Marco, Venice, hasn’t been mentioned yet. It shows the time, date, moon phases, and zodiac signs. It chimes by mechanical figures striking the bell. It has been working since 1499.” — CassEdwoods

“I remember the Allen-Bradley four-sided clock on the south side of Milwaukee, Wisconsin from my youth. It has been rebuilt even bigger I understand.” — Gato13

“There are plenty more ornate ones here, but passing by the Eastern Columbia Building in downtown L.A. always makes me feel like I’m walking around in a Raymond Chandler novel.” — tralfamadore

“The beautiful Union Station in Kansas City, Missouri has an iconic clock at the entrance to “Grand Hall”, which used to be the waiting room. Thousands of soldiers passed through here during World War II, especially, and it became common to say goodbyes and hellos under the clock. Even now, people often use it as a meeting spot.” — crothwell

“The Eastgate Clock, Chester, U.K. From my beautiful home city of Chester in England, U.K. As a small child in the ‘60s, I would often walk around the ancient city fortress walls with my father and grandfather, starting from the clock in Eastgate street. I would love to stand behind the rails under the clock and watch the bustling crowds below doing their shopping. Christmas was my favorite time because the festive lights made it seem magical!” — Sofabaer

“When strolling through Tbilisi in the beautiful country of Georgia in 2016, we came across the most quirky and lovely leaning clock tower. It is called შავთელის ქუჩა, გაბრიაძის თეატრი in Georgian. The clock tower is located next to the Gabriadze theater in the city center and was created by its namesake, the famous Georgian puppet maker Rezo Gabriadze. Every hour, a window opens at the top and an angel strikes the bell. Below the clock, a screen opens and shows the circle of life with a young couple, marriage, babies, and a funeral.” — midnighttraveller

“The Andalusian Clock of Testour, Tunisia. The numbers are in reverse order and it runs backwards. The clock is in the minaret of the 16th-century Grand Mosque; it is extremely rare for a minaret to have a clock. The minaret was built by Muslim refugees from al-Andalus, Spain, with help from Jewish refugees from the same area. A popular legend says that the clock runs in reverse to symbolize the longing of the refugees to return to their homeland, but in reality no one knows.” — libellaris

“Not stunning to look at, but the Shepherd’s Gate Clock at the Royal Observatory, Greenwich is nifty because it IS what time it is.” — hootmalalie

“It’s not the biggest clock but it is sure my favourite if that counts… It’s the Gastown steam clock in Vancouver it’s a world first in its genre so it’s pretty amazing.” — Tibz_Traveller

Responses have been edited for length and clarity.

Around the World in 380 Breakfasts

His collection of scary-looking headgear from the past is sure to get into your head.
carousels

20 Beautiful Carousels That Aren't Horsing Around

18 Great Big Things That Are Both Big and Great

4:52
Want to see fewer ads? Become a Member.
From Around the Web
THE GASTRO OBSCURA BOOK
Taste the World!
An eye-opening journey through the history, culture, and places of the culinary world. Order Now